Seriously! I successfully installed Jupyter Notebook with OpenCV on my Android NO-ROOT tablet. This may sound crazy and useless, but I why not? The performance of the tablets these days is exaggerated — thanks game industry — so let’s use it for something meaningful. Personally, I have a solid tablet, but I never really used it. And that will change!

Tutorial is up to date with GNURoot Debian app version 0.6.8. 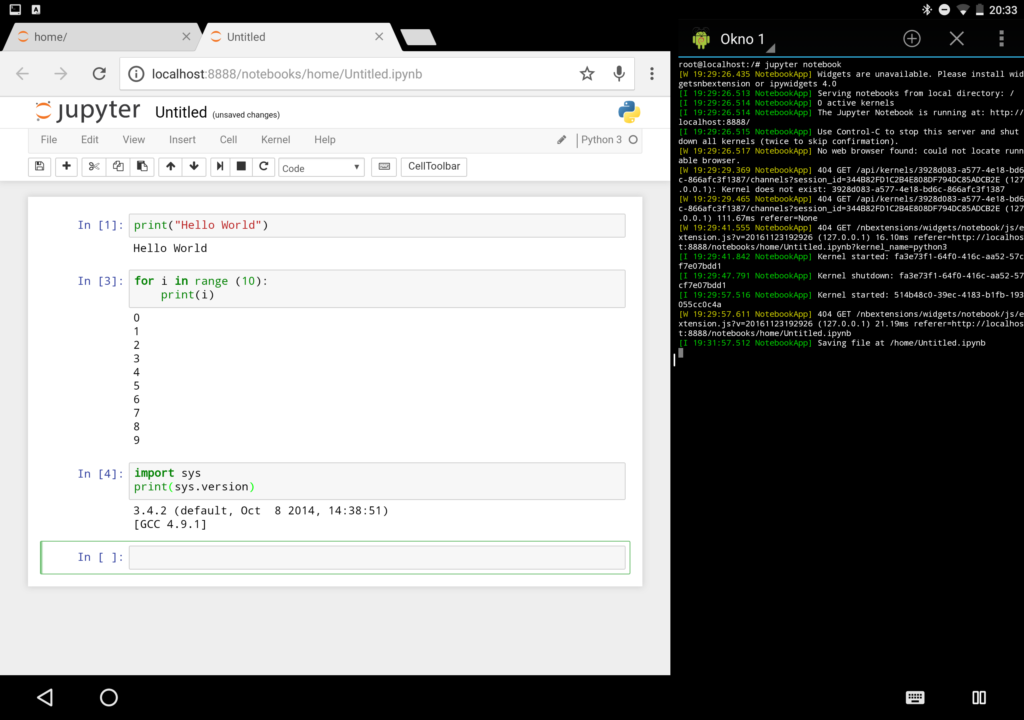 UPDATE 4-3-2017: There are some issues with the latest version of the GNURoot Debian app (0.6.8), in order to install the Jupyter and SciPy, I recommend using this script made by me. After installation, you can skip to OpenCV section.

I want to make clear from the start that I’m running Android 7 (screen splitting) and I don’t guarantee that it will work exactly same on your machine. You should be prepared for some improvisation. You can ask questions down in the comment section.

During the process, I strongly recommend using hardware keyboard. If you use software keyboard, the Hacker’s Keyboard may come handy.

We will start by installing the GNURoot Debian app on our device. This app is a complete miracle because it simulates the Linux environment and it allows us to use almost all packages. The app isn’t perfect, but it is still under development. Then follow these simple steps:

In the app you are root and you don’t have to use sudo. Now we are ready to start installing Python. I’m using Python 3. In case you are using Python 2.7, simply delete all 3 from commands.

Now you should be able to install whole SciPy stack including Jupyter.

In case this doesn’t work, try installing them via Linux package manager (you can skip these steps if pip3 list shows all packages):

Congratulations! If you successfully followed these steps, you should be able to run Jupyter notebook with SciPy stack. You just have to run jupyter notebook and then open your browser and type localhost:8888. We’re doing good so far, but we want more, we want to install OpenCV. 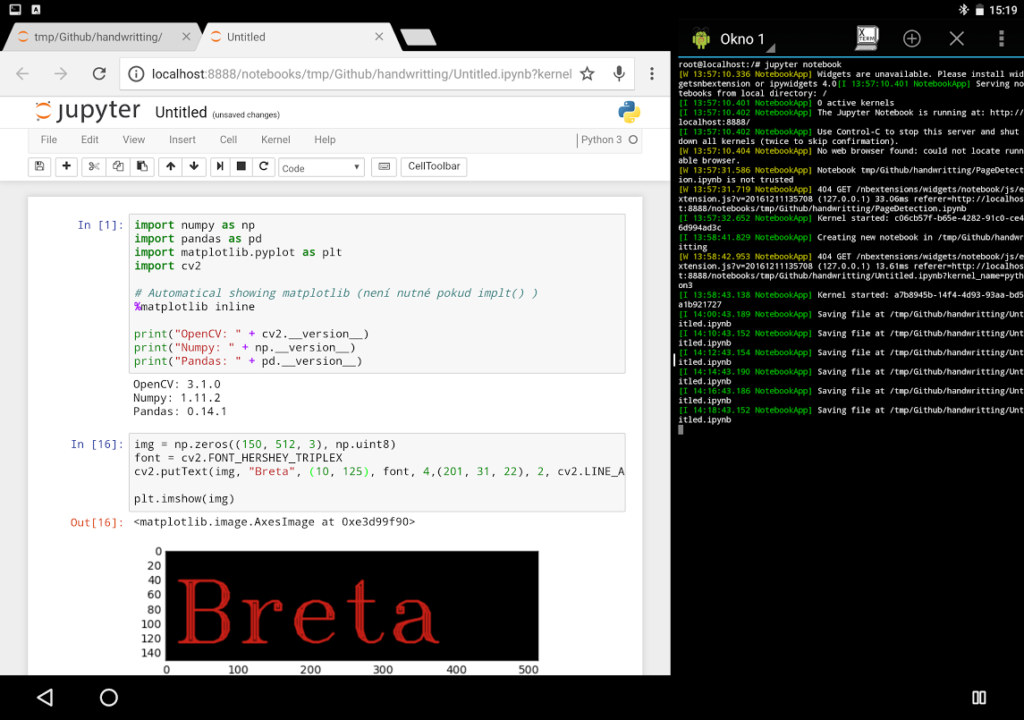 UPDATE 4-3-2017: I also created script for installing OpenCV. Get it here.

If you installed OpenCV before, then this will be very similar. Since I’m using Python 3, I have to install at least OpenCV 3.0 which supports it. We will start with installing all necessary dependencies:

Now we need to download the version which we want — latest stable version is 3.2.0 right now. You can also use git, but then you have to checkout to the right version. And we also create separated folder for build.

Now we are ready to start the build. Be careful because this can take a while. OpenCV allows a lot of cmake settings. I use only WITH_FFMPEG=OFF and WITH_1394=OFF because it gives me an error (probably badly installed library) and I also don’t need video support. Also use -j $(nproc) after make command, it specifies the number of processor and it can drastically speed up the build.

And that’s it! Now you should be able to run jupyter notebook and use it as on your computer. In case that something went wrong simply type make uninstall in build folder and try the installation again.

Hopefully, you find this tutorial useful. And let me know down in the comments if you get stuck. Obviously this can’t be as fast as on a computer, but I find it really practical for traveling. I can’t even tell the difference in speed on basic OpenCV operations.